When Is It Really Okay For Kids to Start Using Social Media? Here’s Everything You Should Consider. 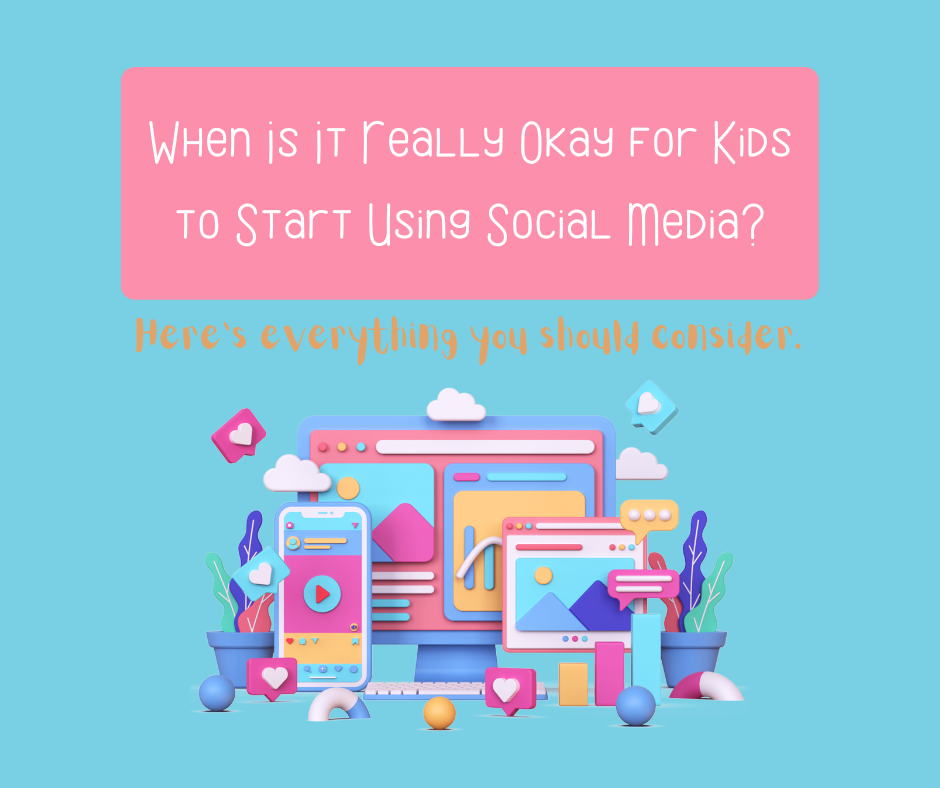 Social media has undoubtedly changed a lot over the years. Many kids enjoy using social media because it can serve as their alter-ego away from their family or school setting. Kids do not really have a say in the world around them. Social media can serve as an outlet for their self-expression. Unfortunately, not everyone out there on the Internet has good intentions. This makes being a parent in the modern world a new kind of beast. A child may become overly comfortable with sharing their life publicly in the comfort of sitting on their bed on their phone. So what exactly should you do about it?

Under COPPA, children are not supposed to have their own social media accounts until age 13. This law exists because of a U.S. government ruling. Children 12 and under should not have their personal data collected and potentially sold to advertisers. However, most kids lie about their age in order to access these websites earlier. Most of them will have at least one account by age 12.

Despite this, it’s highly recommended to follow the 13+ only rule. Even if you choose to monitor a child’s social media account by having the password, a child under the age of 13 is often not developed enough to appropriately handle the demands of the digital networking world. Your child might perceive you as being overbearing. But, this is where it’s important to teach them about the dangers of unrestricted Internet use.

In 2018, 95% of American teenagers have a smartphone, so it would be ignorant to sweep it all under the rug. In fact, the average daily screen time increased for teens (ages 13 to 17) to eight hours and 39 minutes from seven hours and 22 minutes, and for tweens (ages 8 to 12) to five hours and 33 minutes from four hours and 44 minutes (ages 13 to 18). The challenges that families had with school, child care, and social engagement throughout the epidemic, experts noted, are most likely reflected in the increases that the study revealed. A rise in social media use among children aged 8 to 12 on websites like Instagram, Snapchat, and Facebook is of particular concern to those who monitor screen time. According to statistics, half of 18-year-olds have reported being cyberbullied at some point of their lives, and it is a top concern among students and teachers alike and can require years of therapy to fix.

On the other hand, smartphone technology can be ideal to track a child when they are not with you. But, be sure to set parental controls on their phone. You can also set limits to how often they can use an app like YouTube per day. You can also only make them accessible during certain times. For the sake of your child’s safety and mental health, show them documentaries about real-life events that have happened as a result of misusing social media before allowing them to have an account. Once again, this isn’t to scare them, but simply for them to understand how important this issue is. Some things you say or do online simply cannot be taken back. Every child and teenager needs to know how to make responsible, informed decisions moving forward.

Why your children would love cornbread and cinnamon bars with honey sticks!

Treat Yourself This Mother’s Day

Learning A Musical Instrument is Highly Beneficial for Kids. Here are 7 Reasons Why!