10 of the Most Common Phobias 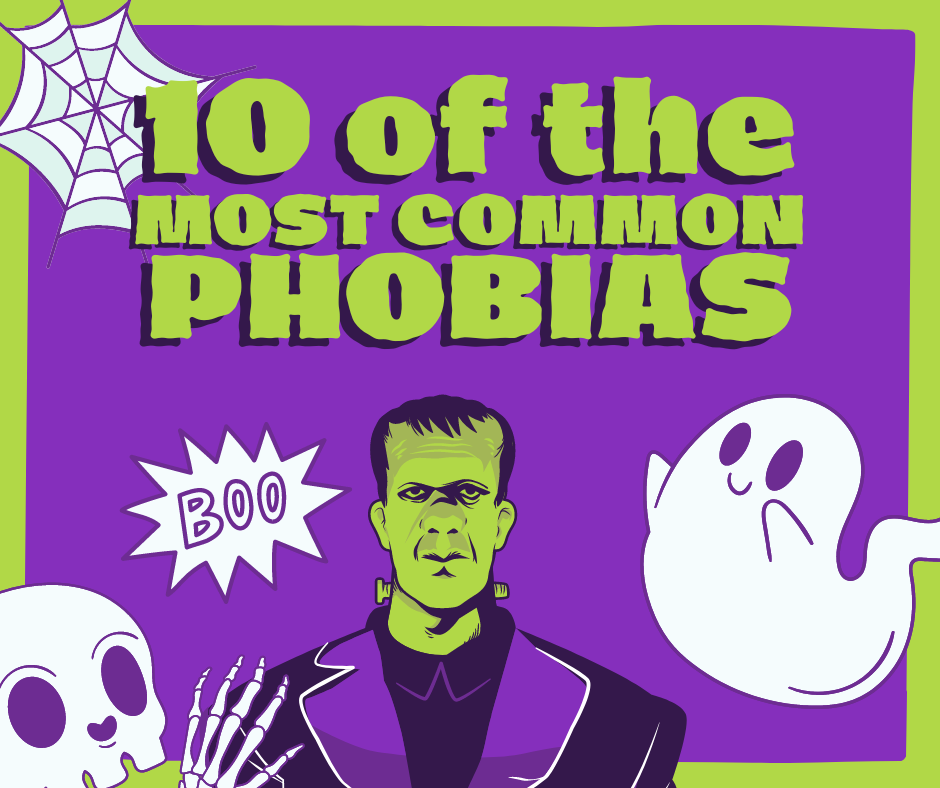 You’ll be hard-pressed to find anybody in the world who doesn’t have a phobia. Everybody’s afraid of something—they might be terrified of losing their loved ones, meeting a clown at a birthday party, or seeing an angry goose at their local park. This causes them to feel panicked and anxious. It can definitely affect the quality of their life if they let their common phobias control them.

In this article, we’ll be taking a look at the most common phobias that afflict people. We must know these phobias to better understand why people are afraid of what they are afraid of and hopefully ease their worries of very common things!

Acrophobia is the fear of heights. It affects around 6% of people.

Having a fear of heights makes people avoid certain things like being in very tall buildings, walking on a bridge, or riding roller coasters. It can lead to panic attacks that get their heart racing, face sweating and feeling faint. And while there are not many occasions that would have us be in high places, acrophobia can still affect our daily lives for the worst!

Like many common phobias you’ll find on this list, acrophobia might be an evolutionary adaptation. Falling from a great height is precarious and dangerous, so our minds might have convinced us to just avoid being high up altogether.

Speaking of the fear of great heights, aerophobia is a related phobia that involves the fear of flying.

While plane and helicopter crashes might be very tragic and devastating, they are actually very uncommon. You have a greater chance of getting struck by lightning than being in a plane crash. Despite that, as many as 40% of adults still don’t like being in an airplane and would rather avoid it. As traveling by air is the most common and fastest way of traveling, you can see why this might be a pain!

Thankfully, aerophobia is one of the easiest to treat. Oftentimes, the patient just needs to imagine themselves being in a plane, sitting on an actual plane, then flying short-distance flights.

Arachnophobia is the fear of spiders. It’s one of the most common phobias around. It might even be the most well-known one! Whether it’s the fear of accidentally walking into a spider web or feeling eight legs crawl on your skin, there are just some people who can’t stand the thought of spiders being around them.

Out of the thousands of species of spiders around the world, only a handful of them poses a lethal threat to human beings. Despite that, however, people are still terrified of them. This might be due to evolution—our ancestors lacked the medical know-how to treat spider wounds or any other insect wounds. This led to a natural aversion to spiders among many of us.

Astraphobia is the fear of storms, thunder, and lightning. People with astraphobia go into panic mode whenever a storm occurs, going so far as to hide under their beds or not being able to sleep while a storm is happening. They might also hoard supplies so they won’t have to go outside their house for a few days after a storm abates.

As storms affect a ton of people on an annual basis, it’s understandable why people hate the thought of them. Add the fact that thunder is very loud and lightning is very scary? Some people just aren’t built for it!

Claustrophobia is the fear of small, tight, and enclosed spaces. Examples of situations that can trigger claustrophobia are being in a crowded room and not knowing where the exits are, driving a car smack-dab in the middle of traffic, being in an elevator, and getting an MRI or CT scan.

Did you know that cynophobia, the fear of dogs, is one of the most common phobias around? It affects around 36% of people who seek treatment, which is very understandable considering how many households these days have pet dogs. People who suffer from cynophobia cannot stand the thought of dogs or even being within the vicinity of dogs and would actively avoid any areas with them—as you may imagine, this is practically impossible!

This phobia usually stems from childhood trauma. If bitten by a dog as a child, this can have a lasting impact well into adulthood. Thankfully, dogs should not be of any danger to you as long as they’re properly trained and cared for. Dogs make great family pets even for small children.

Mysophobia is the fear of germs and dirt. While an aversion to these sorts of things may be helpful because it helps us avoid disease and contamination, an excessive fear of this can also be bad for you. It can lead to too much hand-washing to the point of drying out and breaking the skin; overuse of cleaning agents that can take a toll on your lungs; avoidance of situations that are even a tiny bit dirty, like playing a sport or taking a walk.

With mysophobia, you need to understand that any germs or dirt can be avoided or removed by simply practicing proper hygiene. We also have an immune system in place to help us fight off any infections. Thus, there is no need to avoid schools, hospitals, workplaces, and parks.

The fear of snakes is an evolutionary trait. Back in the day, our ancestors did not have the medical technology to effectively counter the effects of snake venom. As a result, they may have taught their descendants to be wary and fearful of snakes, even when they’re not poisonous or venomous.

Another theory about ophidiophobia is that it stems from the look of snakes themselves. It provokes a disgust and repulsion response in many people. It may explain why people are afraid of snakes but are generally okay with bears and hippos—animals that are just as dangerous or more to humans.

We know that some of your parents might have instilled the idea of not talking to strangers. However, social phobia takes it a step further by being terrified of strangers. And it’s not just the idea of talking to strangers too. It’s also being watched by and being around strangers for fear of humiliation and judgment. That’s why you’ll find many people being uncomfortable with eating alone or speaking in front of an audience.

Social phobia often develops in adolescence but can last well into adulthood unless treated. It can affect school and work, so it’s best to nip it in the bud before it gets any worse.

Trypanophobia is the fear of injections. This phobia is fairly common but usually left untreated, as there are not many situations that’ll have you get an injection. However, whenever people with trypanophobia do get injections, they might start sweating profusely, having elevated heart rates, and just full-blown panicking or even fainting.

Trypanophobia may be detrimental to you as many injections you get in the course of your life have medical benefits. Whether it’s medicines, vaccines, anesthesia, or anything else, the fear of needles should not be in the way of proper medical intervention.

7 Self-Care Tips for the Fall Season

Are You a Short Sleeper?