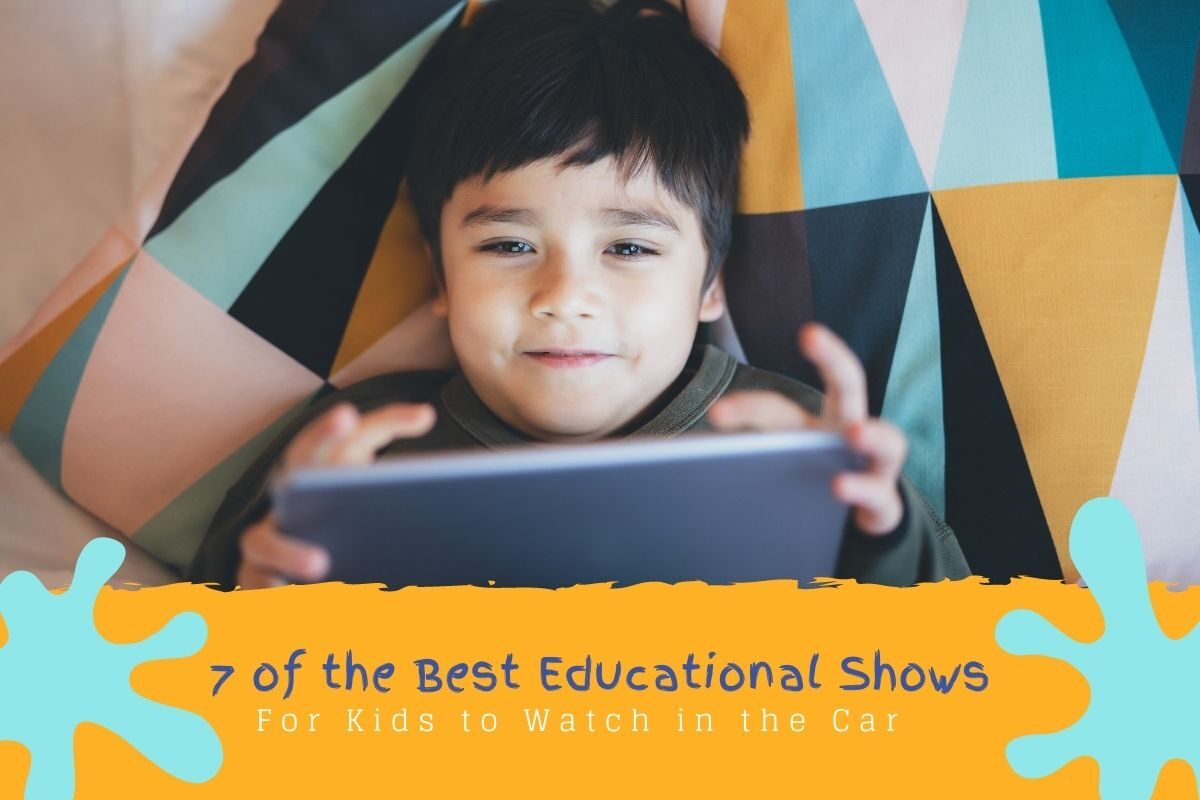 Some parents are told that they use a tablet as an easy way to get their noisy kid to be quiet in the car for at least 3 seconds, but when you’re driving during a long road trip, it isn’t a bad idea at all to have a distraction for them since you are obviously not able to have your undivided attention on them – so why not make car time a time for productive and fun learning, as well? Forget about YouTube Kids. We guarantee that these shows will be much better for your tot in their kids car seat covers to watch in the car!

This show’s protagonist is based on a character from the legendary Mr. Rogers’ Neighborhood. The show had an astounding run from 1968 to 2001, concluding upon Fred Rogers’ retirement from public television. Rogers passed away less than 2 years later in February 2003, but his legacy lives on nearly 2 decades later with this program. Enjoy embarking on Daniel’s exciting yet educational adventures as he embarks to learn something new each and every day!

Honestly, how could you go wrong with Sesame Street? This program and all of its characters have been loved by generations for more than 50 years now. You can ensure that learning your ABCs and introduction to math is a fun time with friends like Elmo, Big Bird, and Grover even while riding in their kid-proof car seat covers!

Do you want your kids to get excited about using their detective skills to discover clues? Then Blue’s Clues would probably be the perfect show for your family. Even many young adults look back on this show fondly. Don’t believe us? Just check out the comments on this video.

What child wouldn’t be charmed by a group of flying and singing classroom pets that occasionally sneak out to save fellow animals? This show is ideal for a wide population of children. Your son or daughter will certainly have tons of fun watching these characters save other animals, and may even become inspired themselves!

Got a future Einstein in the household? Then entertain (in more ways than one) their love for science with the delightful Sid the Science Kid! Created by the Jim Henson Company, Sid loves to conduct experiments at school and share his Super-Duper-Ooper-Schmooper idea before bed!

This UK-originated show is very popular with children all over the globe, and has broadcasted in more than 180 countries and dubbed in more than 20 languages. The premise of the show is fairly simple, but honestly, sometimes less is more. Allow your children to be delighted by this adorable pig family and all of their adorable episodes.

Okay, maybe not every YouTube channel for kids is completely weird. If you’re going to trust any of them, then go with Blippi. He’s curious, friendly, and a guy who just means really well. He allows audiences to explore all different kinds of topics in a fun and engaging manner. Your children may even forget that they are in the car riding in kids’ car seat covers!

How to Find the Perfect Mattress for a Child

If you’re going to take care of your kids, getting LASIK in Los Angeles can be a great extra step.