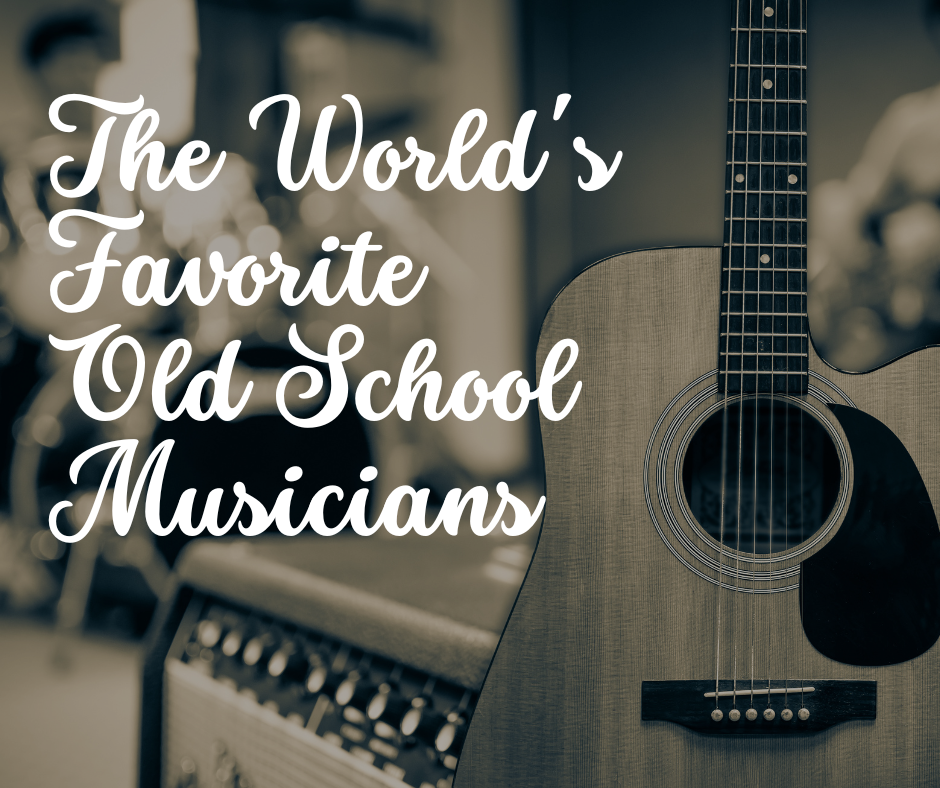 Nostalgia can significantly influence someone’s favorite musical artists, but many young people also enjoy music that came from generations before them. If you have wanted to expand your taste in music lately, there is always time to explore new horizons! You may be surprised to learn that some old school musicians still produce music today.

Aretha Franklin, known as the “Queen of Soul,” has to be at the top of any ranking of the most fantastic and adored old school musicians ever. She entertained audiences throughout the world until her passing in August 2018. Franklin first captured audiences as a young child singing gospel at her father’s church. At age 18, she signed a recording contract with Columbia Records.

The legendary “Respect,” “Chain of Fools,” “I Say a Little Prayer,” and “Freeway of Love” are just a few of Franklin’s biggest successes. She produced 112 tracks that reached the Billboard charts and received a Lifetime Achievement Award in addition to 18 Grammy Awards. She was voted first on Rolling Stone’s list of the “100 Greatest Singers of All Time” in 2010.

Ray Charles, often known as “The Genius,” is recognized as one of the greatest singers of all time and one of the most classic old school musicians. He pioneered the genre of soul music by fusing gospel, R&B, blues, and jazz.

In Georgia, Charles was reared by a lone mother. At the Florida School for the Blind and Deaf, he studied classical piano with braille sheet music after going blind at seven. With a three-octave range, Charles has one of the most identifiable voices in American music. His biggest hit, “Georgia On My Mind,” earned him two of his four Grammy nominations.

Childhood prodigy Stevie Wonder, real name Stevland Hardaway Morris, has been a music genre pioneer for over 60 years. Shortly after his birth, Wonder lost sight, but that didn’t stop him from showcasing his musical talent. At the age of 11, Motown Records offered him a recording contract. At the age of 13, he had his first #1 single.

Wonder revolutionized soul, jazz, pop, R&B, and funk music throughout the following six decades. He has also earned 25 Grammy nominations and sold over 100 million records. Superstition, Signed, Sealed, Delivered, Sir Duke, and “For Once in My Life” are a few of his best-known songs. He continues to be quite active in the music business today.

Whitney Houston is one of the best-selling performers of all time. She sold more than 200 million records worldwide even a decade after her death. Indeed, she is regarded as one of the greatest singers to have ever lived. Houston was a New Jersey native raised in a famous musical household, with Aretha Franklin serving as her honorary aunt.

She received sixteen Billboard Music Awards and eight Grammy Awards over her career. She is the only artist to achieve seven straight #1 singles in history. “I Wanna Dance With Somebody,” “I Will Always Love You,” and “Saving All My Love For You” are some of her most well-known tunes.

Although Willie Nelson is currently in his late 80s and has no plans to retire, it isn’t easy to picture country music without him. His career was launched by songs like “On The Road Again” and “Always On My Mind.” Nelson also stumbled into acting, showing up in notable films such as Stagecoach and The Dukes of Hazzard.