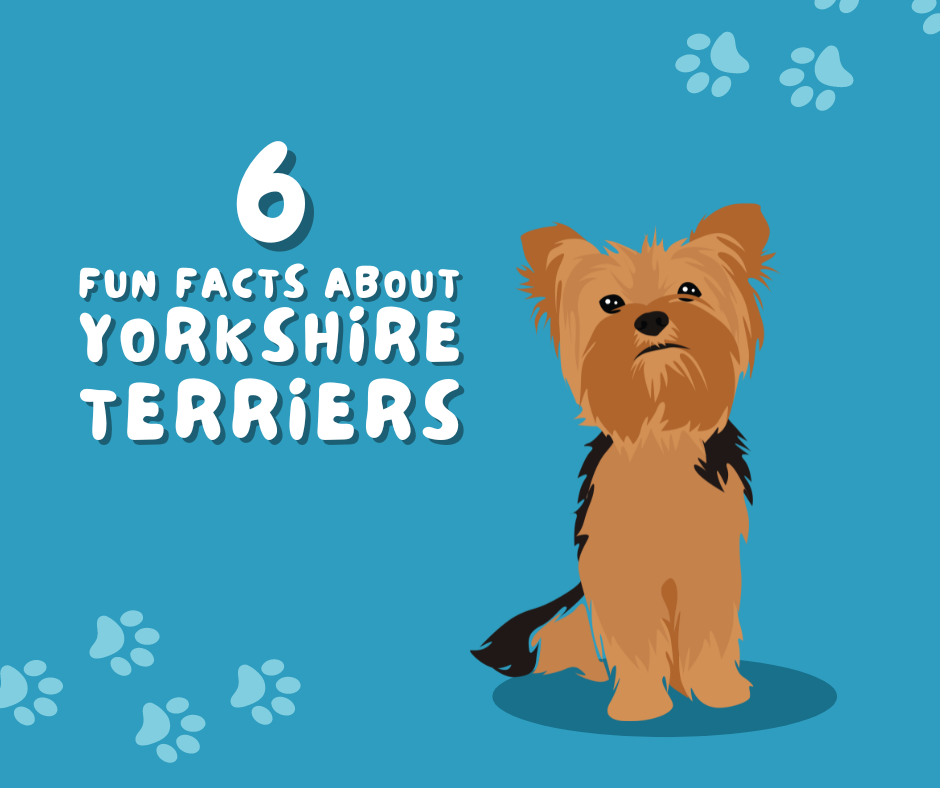 Yorkshire Terriers are a breed that is difficult not to fall in love with. This is especially true if you are a fan of small dogs, particularly the Bichon Frise that is one of the few hypoallergenic dogs! Even if you have owned Yorkshire Terriers your whole life, there is an interesting fact or two that you most likely weren’t aware of before! Check them out!

1. The breed was not initially called Yorkshire Terriers.

2. They are the 6th most popular breed in the United States.

The Yorkshire Terrier is the sixth most common dog in North America. The American Kennel Club affirms this. Americans adore this dog’s diminutive size and kind temperament. The species is also well-liked in many other nations, including its birthplace, the United Kingdom.

3. President Richard Nixon had one.

During his time in office, President Richard Nixon kept a Yorkshire Terrier as a pet named Pasha. Pasha was one of three canine companions, but Trisha, one of President Nixon’s daughters, preferred Pasha. Irish Setter King Timahoe was Pasha’s most devoted canine companion. Despite the size difference between them, the two were inseparable. Pasha and his friends watched as Trisha married, adorned with flowers to mark the event. The Nixon family loved Pasha so much that Julie Nixon wrote a children’s book, Pasha Passes By, about a day in the White House.

4. There was even a Yorkie war hero.

During World War II, American soldier Bill Wynne (1922-2021) adopted Smoky, a Yorkshire terrier he had discovered in a foxhole. Smoky quickly contributed to the military effort as the two traversed New Guinea. She was able to run through pipes and run communication lines under an old Japanese airstrip due to her small size and loyalty. Soldiers would have had to build trenches and risk enemy fire without her assistance. You can visit Smoky’s memorial in Lakewood, Ohio.

5. They’ve got a bit of a Napoleon complex.

Yorkies either don’t realize how small they are, or they have the self-assurance not to let their small stature hold them back, judging by their bravery and assertiveness. Yorkies are devoted companions who will defend their masters at any cost. You don’t have to be scared of these lovable dogs!

6. If you are a Yorkie enthusiast, you may want to consider moving to New York City.

Why is that, you ask? There are frequent events called “Yorkie Gatherings” to discuss the breed and meet their canine companions. New York City is one place where this is very prevalent because there are more Yorkshire Terrier dogs there than in other locations. A Yorkie is ideal for those who live in apartments or condos in New York City because it is significantly populated, which may be one explanation for this.