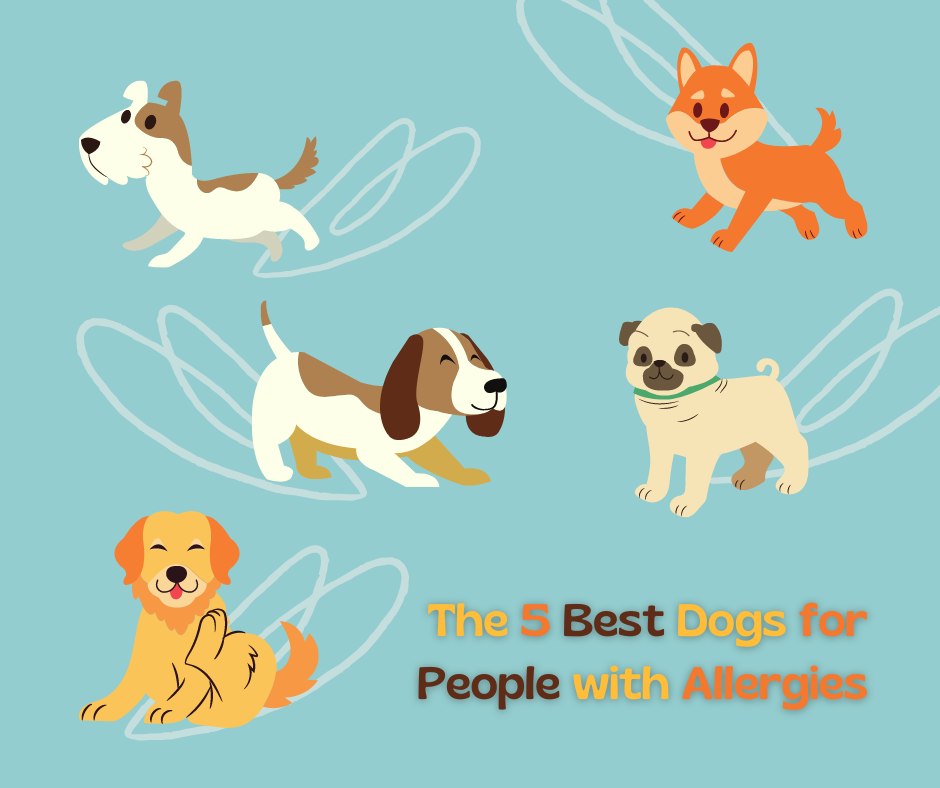 Dogs are truly a man’s best friend. They are our friends, protectors, helpers, and companions through thick and thin. Being both social creatures, humans and dogs have developed a symbiotic relationship that can run pretty deep, with many people considering their dogs to be family members instead of just pets.

And did you know that owning a dog has health benefits as well? Studies have shown that they might increase life span, reduce the risk of heart problems, improve social skills, and abate signs of depression. Wow, it’s no wonder that many people dream of having a dog!

However, if you’re a dog lover with unfortunate allergies to these beautiful creatures, then don’t fret! There are a couple of so-called “hypoallergenic” dogs that you can consider having even with allergies instead. While dogs can never truly be hypoallergenic, these breeds will leave you less vulnerable to allergies for numerous reasons.

Bichon Frise is a small, pure white toy dog that sheds minimally and does not drool. This is important to know as dander and drool are what you need to avoid when you’re allergic to dogs. They make excellent apartment pets and need only 30 minutes to 1 hour of exercise a day—if you’re someone who’s older and cannot walk as well, or just someone who has a busy lifestyle, then the Bichon Frise is the dog for you.

Their temperament is very happy and curious. They’re just happy to be around their owners and love meeting strangers as well. They’re very playful and affectionate while still being gentle, making them great for small children.

You might recognize the Portuguese Water Dog as the same breed as former president Barack Obama had when he was still in office! As his daughter, Malia has allergies to dogs, he knew he had to get a hypoallergenic one. Due to their fleecy coat that doesn’t shed much, their Portuguese Water Dogs, Bo and Sunny, were the perfect match for them.

Portuguese Water Dogs are a fairly rare breed in the United States, so be prepared to shell out some wicked adoption fees! They are working dogs that are very intelligent, eager to please, friendly, and great with kids.

The Schnauzer is a German dog breed. Literally translated to ‘snouter’ and ‘mustache’, the dog is named so because of its distinctively bearded snout. They come in three kinds—miniature, standard, and giant schnauzers.

Like the previous two, the schnauzer barely sheds or drools, making it the perfect candidate for allergic people. They do well in any environment (no matter what size) as long as they get proper exercise once a day. They also do not bark as much, which will be a relief to light sleepers and nosy neighbors!

Don’t let the long hair fool you! This long-haired beauty surprisingly does not shed its coat very much. Who could blame them when every day is a great hair day for them?

Afghan hounds are a very poised and independent dog breed with a very long history—so long that they are widely believed to be the dogs on Noah’s ark. Since then, they have been associated with royalty and fashion, making them have a bit of a diva attitude. Indeed, they were ranked the lowest in terms of obedience by several dog breed experts, though that doesn’t make them less lovable at all. They just prefer being aloof and independent.

Out of all the breeds on this list, the poodle is by far the smartest! Trailing only a little behind the border collie, the poodle is highly intelligent, highly sociable, and very energetic. They are great family pets though need their own space to retreat to when overstimulated.

Poodles have unique hair follicles. They have a growth period that’s longer than other dogs, and when they shed, their coarse fur gets tangled in the surrounding hair instead, leaving your environment blessedly fur-free. However, this means that they need constant brushing to prevent tangles and mats. You can also do fancy clips like some poodle enthusiasts love to do, as you can see here:

Why Honey Sticks Are Perfect for Halloween

Cooking to Improve Your Mental Health